All XQP products have been approved or are pending approval by the VPR Alliance. 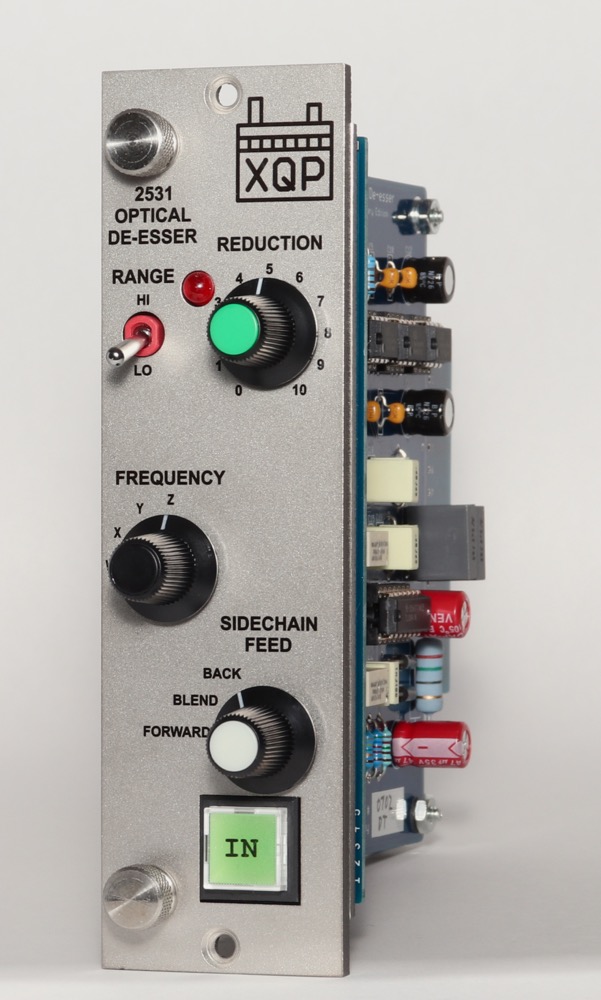 In celebrating 25 years since Dane's first de-esser design (see below), a brand new optical de-esser, the 2531, is now available. Borrowing some of the Lima audio design features, this new 500-series module features all rotary switch control.

A range switch associated with the Reduction control allows for 22 level steps by switching the Reduction rotary switch between two halves of the total range of control.

Also included in this new model is a very nifty IN switch and a new 3-position Sidechain Feed switch to select either feed-forward (traditional), feed-back, or a blend of the two.

And to further celebrate this milestone, XQP has a new logo. Same factory, same smokestacks, but more modern windows!

So, if XQP has been building fine 500-series audio modules since 2009, how can we be celebrating 25 years? Well, if goes back to a time a bit before the actual XQP company came about (although not before the XQP name).

Between 1996 and 1997 Dane's first optical de-esser, the Dane De-esser Company #31 Optical De-esser, was designed. Although it didn't really go on the market until 1998, we consider 1997 as year one, as that is when the design was finalized and the first production versions were built. In fact the very first one rolled off the assembly line (the dining room table) at 11:00 am, Saturday, November 22, 1997. For the record, that was at 4222 E. 24th Street in Tulsa, Oklahoma.